With the roll out of NBN and the decommissioning of traditional business phone lines, eventually every business will have to change over to IP telephony. Apart from migrating their existing phone lines to business VoIP, they will also have to upgrade their phone system. And one of the more popular choices is a cloud based hosted PBX system.

There are a lot of terms being thrown around when describing this new age PBX technology. But in the end, there is only one way to deliver a cloud based phone system.

In short, the terms Hosted PBX, Cloud PBX and Virtual PBX generally all represent the same service and mean pretty much the same thing. As internet evolved over the years, new terminology appeared and became the ‘newest’ way of describing the technology.

The term originates from virtual computing which allows users to access software applications remotely and using the internet. As virtual PBX is essentially a piece of software housed in a data centre and the users access it via internet, it's a form of virtual computing.

The term cloud is just a metaphor for the internet. It originated from the various flowcharts that were drawn by IT professionals where a cloud represented www or the internet. Cloud PBX is also a form of cloud computing where a software program, being the PBX, is accessed over the internet.

Whether it's called cloud, virtual or hosted, this replacement for the traditional PBX will continue to reshape the telephone system industry and provide fantastic benefits to businesses of all sizes. In Australia, hosted PBX services taken up by SME businesses are projected to grow exponentially in the years to come. It's expected that cloud based systems will eventually overtake the use of traditional and on premise PBX systems. 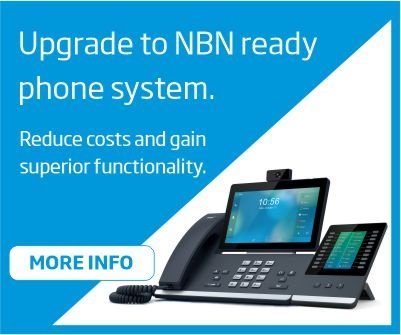 Need More Information? Call us on 1300 000 300 and talk to one of our Business Consultants. They'll be able to review your requirements and explain how a hosted PBX system will benefit your business.