Fixed wireless broadband is an ideal solution for businesses in remote locations or in broadband constrained areas. Fixed wireless is capable of delivering guaranteed speeds and is a genuine alternative to high bandwidth SHDSL and fibre. It delivers a high speed internet service using a mix of fibre and wireless back hauls.

A Fixed Wireless Network is capable of delivering an internet connection with low latency and low jitter. This makes it suitable for VoIP, video conferencing and other platforms and applications that generally require such as service.

Being a wireless network and therefore using an antenna, one of the most common questions relates to the effect that weather may have on the quality of the service. Rain and extreme weather do not impact service performance as long as the network provider uses specialised antenna technology that is designed to operate in such conditions. Fixed wireless networks are capable of delivering a full service in extreme cold conditions, heavy snow and blizzards.

Another common question relates to emissions from the fixed wireless equipment. In most cases, the wireless power being transmitted from the carrier’s antenna is generally less than that from a handheld mobile phone. Given that the carrier’s transmission units are designed to operate outdoors and in most cases are mounted on the roof, the exposure to RF energy is vastly below the accepted limits.

In terms of speed, fixed wireless broadband can deliver speeds of between 1 and 1,000 Mbps; speeds in excess of 1,000 Mbps can be achieved with specialised equipment. This would cover the requirements of almost every business, regardless of size. Fixed wireless broadband is definitely the answer; especially if other internet access technologies are not available or uneconomical to deliver the required service. 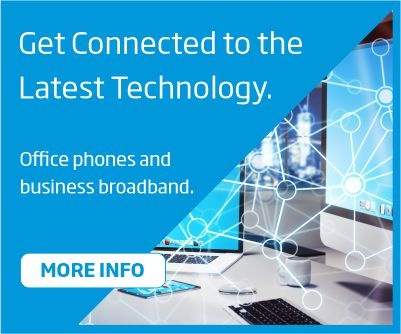