SHDSL Being Replaced by Enterprise NBN and On-Net Business Fibre

Business and Enterprise NBN is now available in many areas across Australia. The new technology is replacing SHDSL, which relied on the old copper network.

Enterprise NBN delivers symmetrical, end-to-end fibre with speeds of up to 1,000 Mbps. The service is available to any business site that sits under the NBN fixed line footprint, which means widespread access to enterprise grade fibre without the high price tag of traditional connections. 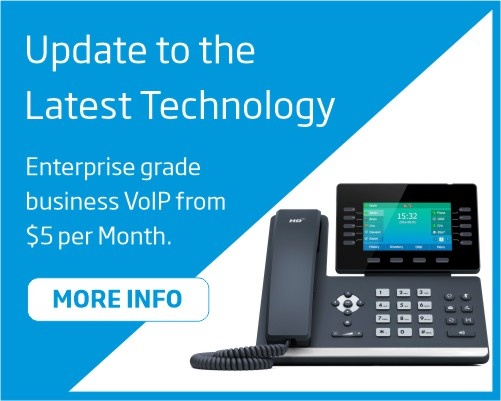 To find out what service is available at your business premises please call 1300 000 300 or CLICK HERE to make an enquiry.

SHDSL  (Symmetrical High Speed Digital Subscriber Line) is a DSL service that uses multiple copper pairs bonded together into a single ethernet link, delivering significantly greater speeds and performance than traditional DSL connections. It's a symmetrical broadband service, which means that both upload and download speeds are the same. 1:1 contention means that once installed, SHDSL speeds are set and do not vary, making it ideal for bandwidth allocation to various business applications.
Ethernet Broadband SHDSL was traditionally used by companies that required a high speed internet service that delivered a combination of reliability, performance and quality. Prior to the roll-out of NBN and other carrier specific fibre infrastructure, SHDSL was the ideal solution for businesses that required a high performance broadband connection for applications such as Web Hosting, IP Telephony, Hosted PBX, VPN Connections and Video Conferencing.

The technology evolved over the years and the premium service is commonly referred to as Mid Band Ethernet (MBE) or Ethernet Over Copper (EOC). MBE achieves guaranteed speeds of up to 80Mbps by bonding up to eight copper pairs into a powerful and resilient network connection. Should one or more copper pairs fail the remaining pairs continue to provide connectivity, keeping the business online. MBE symmetrical speeds are guaranteed and the service comes with business grade SLAs covering installation lead times, service restoration and availability.

EFM is also a type of SHDSL service but with lower capacity of up to 20Mbps and less stringent SLAs. The symmetrical speeds are not guaranteed until the service is connected at the premises and it's a best effort service based on distance from exchange, copper availability and quality of the infrastructure.

Typical Business Use of SHDSL Services

Businesses with more than 10 staff generally require a more robust broadband connection. One of the drawbacks of ADSL is the low upload speed. Most services delivered around 600kpbs which was not enough for SME businesses to run the increasing number of cloud-based applications.

Businesses that transmit a lot of graphic content require higher upload speeds, and ADSL was just not enough. It takes a long time to upload larger graphic files through ADSL, and was unproductive and very frustrating.

Businesses that Use IP Telephony

Business VoIP and Hosted PBX is the replacement technology for traditional telephone lines. An increasing number of businesses were migrating their existing phone line services and required a high-performance broadband connection such as SHDSL to facilitate it.

MBE (Mid Band Ethernet) was regarded as an excellent option for businesses that required a premium ethernet connection but the cost or availability of Business Fibre was prohibitive.

Businesses with VPNs and UC Systems

Ethernet Broadband SHDSL has been the preferred choice for businesses looking for high performance without the additional cost and longer installation lead times of Business Fibre. Apart from delivering superior bandwidth for everyday applications like Office 365, Drop Box and One Drive, it was ideal for Business VoIP, Hosted PBX, Video Conferencing, VPN and UC Systems.

Difference Between SHDSL and ADSL?

SHDSL can deliver significantly higher upload and download speeds (Up to 80Mbps). ADSL2+ has a maximum speed of 20Mbps (download) and 1Mbps (upload).SHDSL has a 1:1 contention which means that once installed, the speeds are set. ADSL speeds are variable and cannot be guaranteed.

What Does 1:1 Contention Ration Mean?

1:1 contention ratio means that the broadband connection is not shared by multiple service subscribers and is therefore guaranteed to deliver a set upload and download speed.

Was an Active Phone Line Needed?

No. The only requirement was that the premises had existing copper wiring that wasn't being used for any other purpose such as a PSTN phone line. SHDSL used between 2 and 8 copper pairs to deliver the broadband service. The higher the bandwidth requirement, the more copper wiring was needed to be used.

Was There a Requirement for a Special Modem or Router?
A Network Termination Unit (NTU) was installed at the premises as part of the service installation. This provided an Ethernet Port for connecting to the Router.

Unlike ADSL, there was no modem required. However, you had to ensure that the Router supported high-speed ethernet broadband.

What Determined the Speed of the SHDSL Connection?
SHDSL speed was determined by the availability of copper wires at the premises. Higher bandwidth required more copper lines to be available for the service connection.

Get In Touch With One of Our Business Consultants

Connect to the Latest Technology